.LusAfro is a project that brings together international artists to network and exchange their experiences. Exciting shows in Praia, Cape Verde and Cologne, Germany were on result. The concerts always culminated with a joint performance of the song “Funatrap” that became something of a hymn for LusAfro. Watch a video of the song performed at Odyssee Festival 2017 in Mülheim this July.

Daniel Haaksman, Berlin based DJ/Producer and artistic director of LusAfro in Praia created the song before travelling to Cape Verde in April. He told us about the creative process and about performing the iconic track with the LusAfro artists.

When doing research on current Cape Verdian music on Youtube last winter I noticed the amount of Funaná videos circulating on the internet. They were all very exciting but basically no Funaná song had any tempo changes. Knowing from my DJ sets that European audiences find it difficult to dance to a 160bpm track for more than 3 minutes I decided to produce a halftime / double-time rhythm track which starts „slow“ and with a dancehall inspired beat and then switches into Funaná with a built up aesthetic that was borrowed from trap music, in the middle it breaks down again to halftime and it really works on the dancefloor. The working title for this track was „Funatrap“, eventually the track was named „Fun Fun Fun“ and was officially released as an instrumental track in July on my label Man Recordings. When I went for Lusafro to Cabo Verde I was really happy to see the immediate, enthusiastic response by fellow Lusafro artist particpants to the track, also the audience danced manically to it. Portuguese Kuduro king DJ Marfox played „Fun Fun Fun“ all summer and liked the song so much that he also remixed it. His remix will be released early October on Man Recordings.

In your opinion what does “Funatrap” represent?

I think it embodies the cultural dialogue that we aimed to establish with Lusafro, bridging music styles from Cabo Verde with music from other parts of the world and creating something new out of it. It´s a track that can be played both in Cabo Verde as well as around the world. It´s a sonic ambassador for the Lusafro spirit. 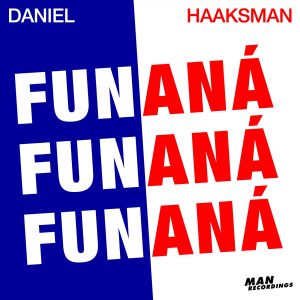 How was the process of preparing the live performance for Odyssee?

When in Cabo Verde we recorded vocals on top, basically all particpating vocalists spat a verse or two on top of the instrumental. In the end I had so many voices that I had to do one version with Cape Verdian vocalists and one version with the „exterritorial“ vocalists like Tony Amado, Dama Do Bling, Gata Misteriosa, Mr.Santos. When we went on tour with Lusafro in Germany in July we performed „Fun Fun Fun“ at the very end of the three hour show, when all vocalists came on stage. It was amazing to experience the live performance of „Fun Fun Fun“ as the band usually joined in towards the end when I looped the final mix-out beats of the track and the vocalists and band went all freestyle. It was a proper live jam!

DJ Marfox, suburban and ghetto legend in Lisbon, renown for his pumping kuduro productions and  also part of the LusAfro artist family made a hot remix of the track which was just released. Check it out! 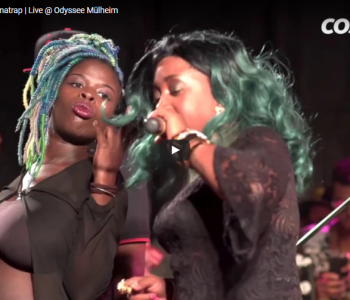 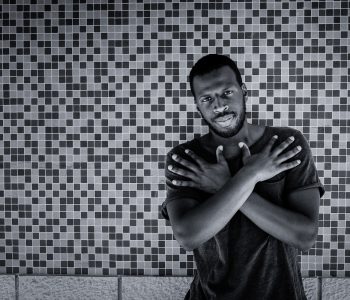